A rhymeis a repetition of similar sounds (or the same sound) in two or more words, most often in the final syllables of lines in poems and songs. The word rhyme is also a pars pro toto ("a part (taken) for the whole") that means a short poem, such as a rhyming couplet or other brief rhyming poem such as nursery rhymes. 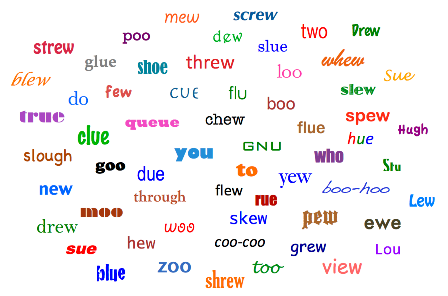 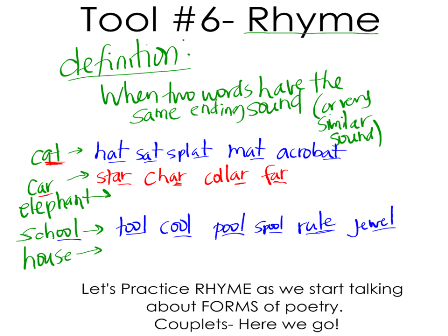 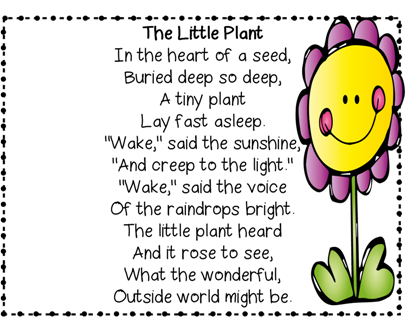 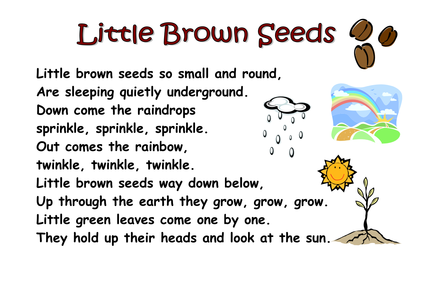 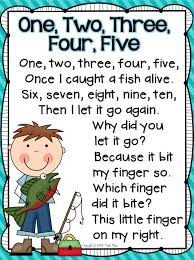 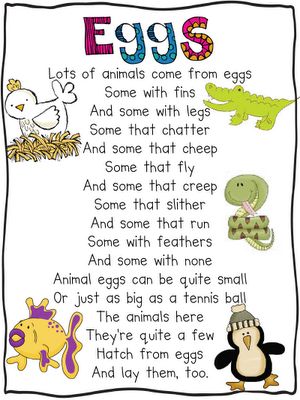 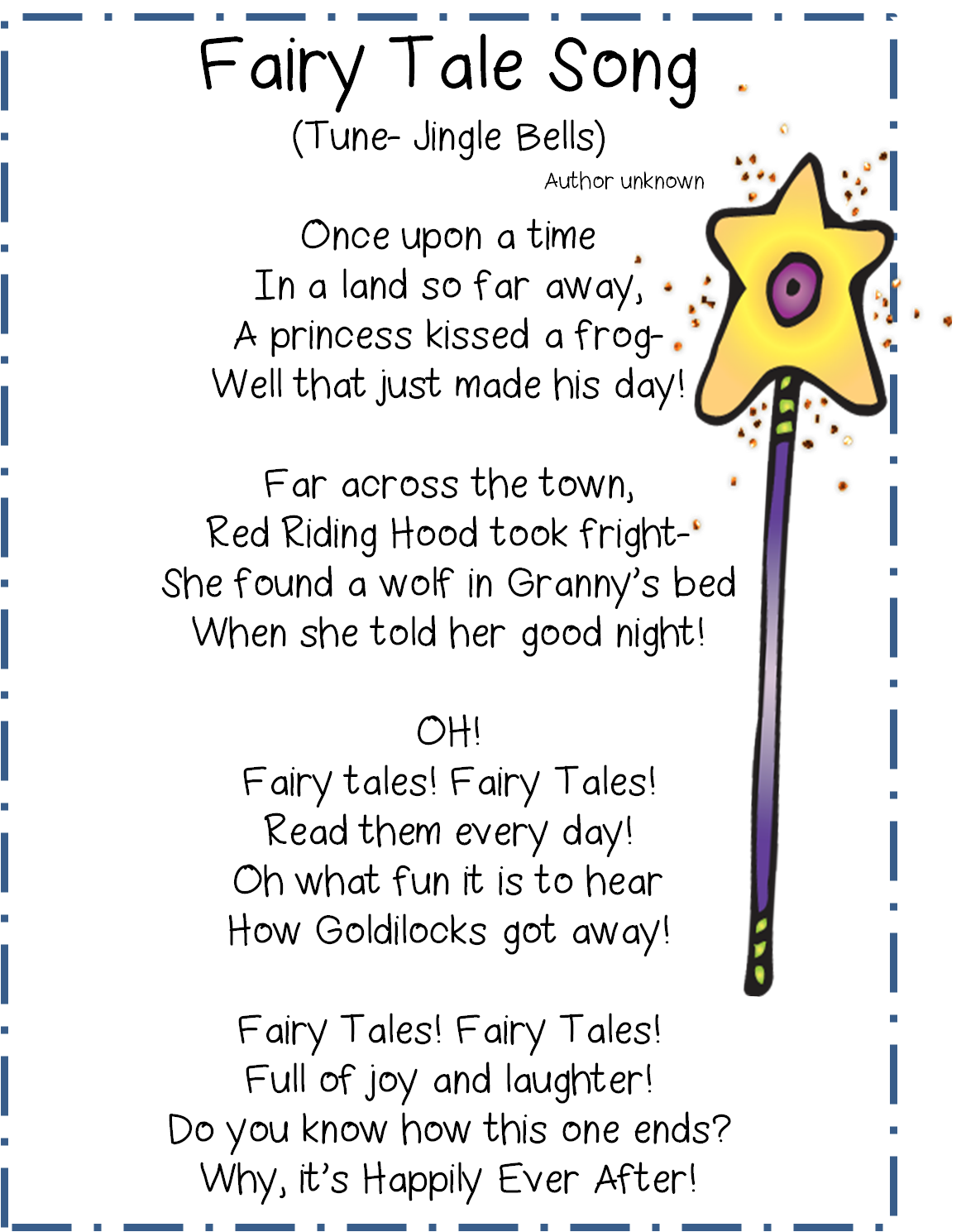 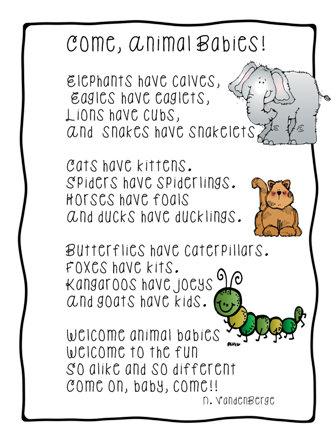 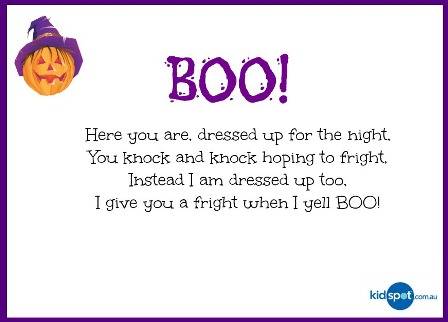 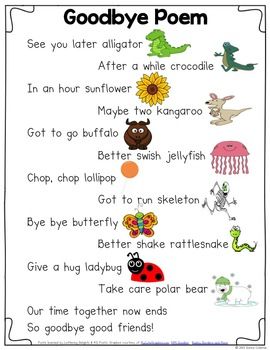